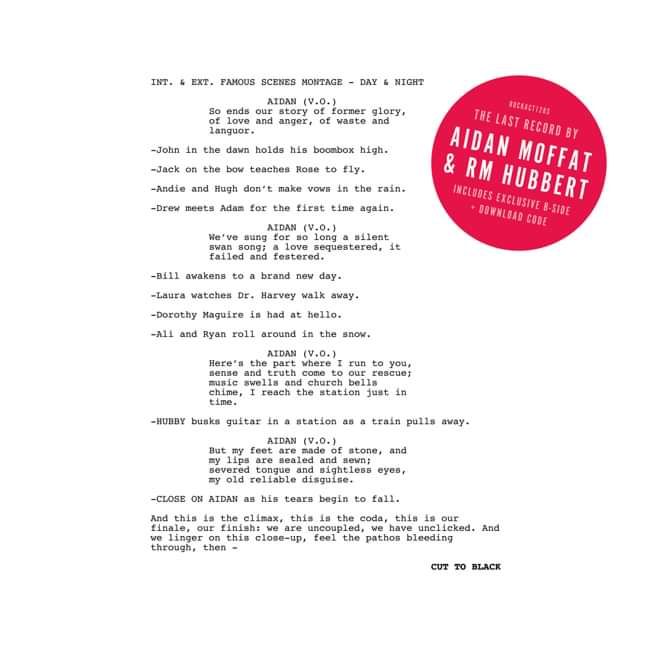 The story’s almost over. The music begins to swell as the camera drifts to a final, poignant shot. Soon the screen will turn black; soon the credits will roll.

A year on from the release of our first album – a very busy 12 months in which we also released a Christmas album, a live album, and played countless shows and sessions – much like the brief encounters and doomed dalliances of our songs, we have decided it’s time to part ways. The heart can only hold so much.

Our goodbye comes in song: our final release, the brand new single CUT TO BLACK, which not only serves as an epilogue to our 2018 album HERE LIES THE BODY, but can also function as a romantic movie pub quiz (see below for answers). It’s our closing scene, our emotive denouement; our last words and parting shot. (The 7” vinyl single, released by Rock Action on August 16th, will also feature an exclusive b-side with download coupon included)

To celebrate our uncoupling, we will play our final shows in the UK this year. Friends and fans can wave us off at the following locations:

The lights will soon fade up. You may now turn your phone back on. Please remember to put your waste in the bins provided. Thank you and goodnight.